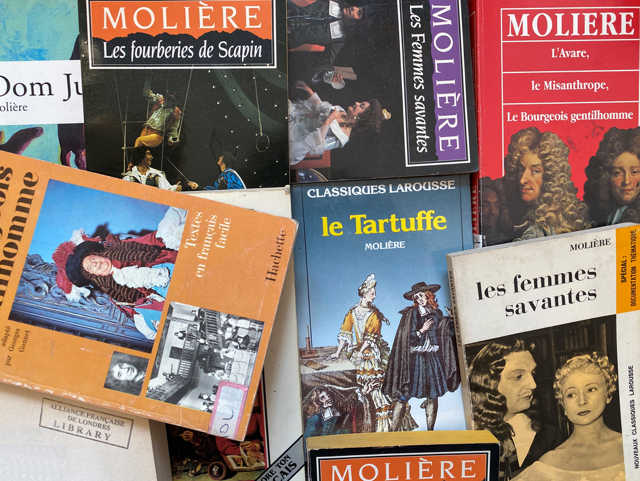 Baptised on January 15, 1622, and probably born a couple of days earlier, Molière, whose real name was Jean-Baptiste Poquelin, and whose life was bound up with King Louis XIV’s court at Versailles, remains as central to French culture as Shakespeare is to Britain. Indeed, the French language is referred to as the "language of Molière" – la langue de Molière.

Molière elevated comedy to a level of respect and importance once exclusively reserved for tragedy. For him comedy was a way to reflect on society and he has kept audiences laughing for centuries, right up to the present day.


His most famous plays:

Some of them were scandalous to the point of being banned. Others were triumphs from the word go.

In his final play, Molière played the lead role. He died several days after the première. The hypochondriac Argan is an eternal character through which Molière satirised quacks in the medical profession who exploited people’s fear of death.

John Donnelly who wrote an adaptation of Tartuffe in 2019 for the National Theatre said that Molière’s plays had withstood the test of time because “the archetypes ring true”.

A partly-fictionalised but witty biopic, “Molière”, directed and co-written by Laurent Tirard with Romain Duris as Molière and Fabrice Luchini as Monsieur Jourdain, 2007.

At Alliance Française de Londres, we mark Molière’s quadricentennial by revealing how SOE, from the depths of our building at 1 Dorset Square, gave the names of Molière’s characters to the civilian organisers it was parachuting into occupied France! 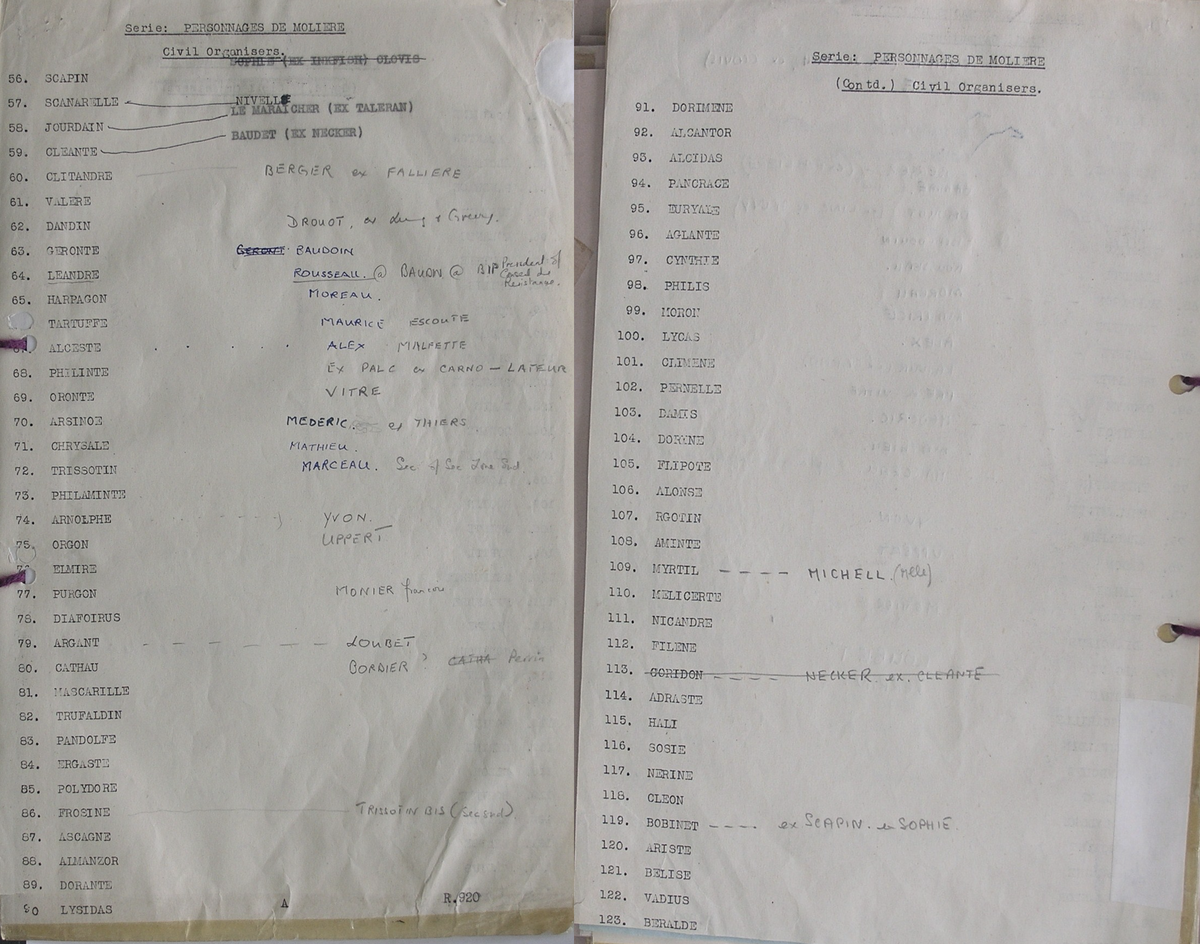 « RF operations and agents were named for a time after fish (while F used trees); in 1943, organisers were named after occupations, wireless operators after inhabitants of countries or regions, military delegates after geometrical shapes, civil organisers after characters from Molière’s plays, and inter-allied missions used herbs. But when given to French volunteers, they were often untranslatable into French. So the BCRA gave the agents French pseudos: Fassin was PERCH for RF Section and SIF for the BCRA ; one agent was GUDGEON for the British and FRIT for the French ; Georges Bidault was MACKEREL as well as BIP for his first mission. »

We can identify from the list above : N°56, Scapin, was Claude Serreules, deputy to Jean Moulin, later Compagnon de la Libération. N°64, Léandre, was Georges Bidault when he replaced Moulin as chairman of the Conseil National de la Résistance. He was foreign minister in Général de Gaulle’s first government post-war.

N°109, Myrtil, was Alix d’Unienville, or Melle Michell during her SOE training. See the webpage we’ve dedicated to her: Alix RF agent

The extract above and more are in the forthcoming RF is for Real Friends – SOE’s Other French Section”, research into SOE’s RF Section enlivened with testimonies and unpublished documents.

If you quote from this page please acknowledge and link to this source. Thank you. Any additional information gratefully received.